Where can you go to receive self defense firearms training and learn skills that will surpass 99% of the gun owning population; learn everything you need to know about firearms, from choosing one to shooting it to the legal aspects of owning a gun and everything in between; be taught by seasoned law enforcement officials and military personnel – WITHOUT a boot camp attitude; and have the best time of your life – all in a few short days?  Before you doubt yourself and decide that this is not possible, read on, because this is not just something that sounds too good to be true.  It is a promise of Front Sight Firearms Training Institute.  Dr. Ignatius Piazza backs up this promise with his personal gun training guarantee.  He promises that if your firearms training experience at Front Sight does not exceed your expectations, he will pay for your training!

Who is this Dr. Ignatius Piazza?  He is the founder and current director of Front Sight Firearms Training Institute, located near Las Vegas, Nevada.  Prior to 1988, he was a Doctor of Chiropractic and owned a practice in California.  Then one evening, a random drive by shooting happened in his neighborhood.  Such a horrible thing soon became the platform on which Front Sight was developed.  Dr. Piazza realized, as he felt helpless against the attack, that even though he owned firearms and used them regularly at shooting ranges, he was not prepared to use them in a life threatening situation.

Ignatius Piazza set out to get that training, and as he became more and more proficient in gun handling, he came to the conclusion that he wanted everyone to be trained in self defense.  Everyone should be able to feel safe, even if random acts of violence, like the drive by shooting in Dr. Piazza’s neighborhood, keep happening.  After three years of intense training, Dr. Piazza was an expert in Special Pistol, Shotgun, Carbine, and Rifle courses.  Time went by, and after thousands of hours of more practice, he became the second man in the world to earn a Four Weapons Combat Master Certificate.

A few years after that in April of 1996, Front Sight Firearms Training Institute was born.  Today, Front Sight is ranked among the best places in the world to receive firearms training.  The training offered exceeds the standards of law enforcement and military guidelines – and that is not just an embellishment!  Take a look at some of the testimonials from current and retired members of the military.  The consensus is: the training offered at Front Sight (in four days) is BETTER than the training most received in the military (anywhere from four to twenty years).  It matters not if you are new to the field of firearms, or are an avid gun enthusiast or if you use firearms everyday in your career, Front Sight has a course for you!  If you are new, Front Sight will teach you the right way to use a firearm, so you do not have to feel hesitant about anything.  If you are a gun enthusiast, Front Sight will teach you skills that you never dreamed possible.  And if you use guns for a living, Front Sight will help you hone your technique so that you can have a more fulfilling career.  No matter who you are or where you are from, Front Sight is there for you! 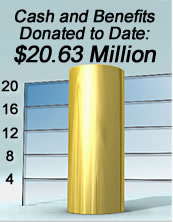